What is gender inequality?

What is gender inequality?

Gender inequality refers to the unequal and biased treatment of individuals on the basis of their gender. This inequality happens because of socially constructed gender roles. It happens when an individual of a specific gender is given different or disadvantageous treatment in comparison to a person of the other gender in the same circumstance.

How does gender inequality impact us ?

The biggest problem we’re facing is that a lot of people still see gender inequality as a women’s issue. However, by gender, we refer to all genders including male, female, transgender and others.

When we empower all genders especially the marginalized ones, they can lead their lives freely. Moreover, gender inequality results in not letting people speak their minds. Ultimately, it hampers their future and compromises it.

History is proof that fighting gender inequality has resulted in stable and safe societies. Due to gender inequality, we have a gender pay gap. Similarly, it also exposes certain genders to violence and discrimination.

In addition, they also get objectified and receive socioeconomic inequality. All of this ultimately results in severe anxiety, depression and even low self-esteem. Therefore, we must all recognize that gender inequality harms genders of all kinds. We must work collectively to stop these long-lasting consequences and this gender inequality essay will tell you how.

How to Fight Gender Inequality

Gender inequality is an old-age issue that won’t resolve within a few days. Similarly, achieving the goal of equality is also not going to be an easy one. We must start by breaking it down and allow it time to go away.

Firstly, we must focus on eradicating this problem through education. In other words, we must teach our young ones to counter gender stereotypes from their childhood.

Similarly, it is essential to ensure that they hold on to the very same beliefs till they turn old. We must show them how sports are not gender-biased.

Further, we must promote equality in the fields of labour. For instance, some people believe that women cannot do certain jobs like men. However, that is not the case. We can also get celebrities on board to promote and implant the idea of equality in people’s brains. 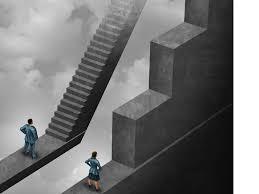 Gender inequality, or in other words, gender discrimination refers to unfair rights between male and female based on different gender roles which leads to unequal treatment in life. The term gender inequality has been widely known in human history but not until the beginning the 20th century has the transformation of gender relations become “one of the most rapid, profound social changes” (Wright & Rogers 2009). 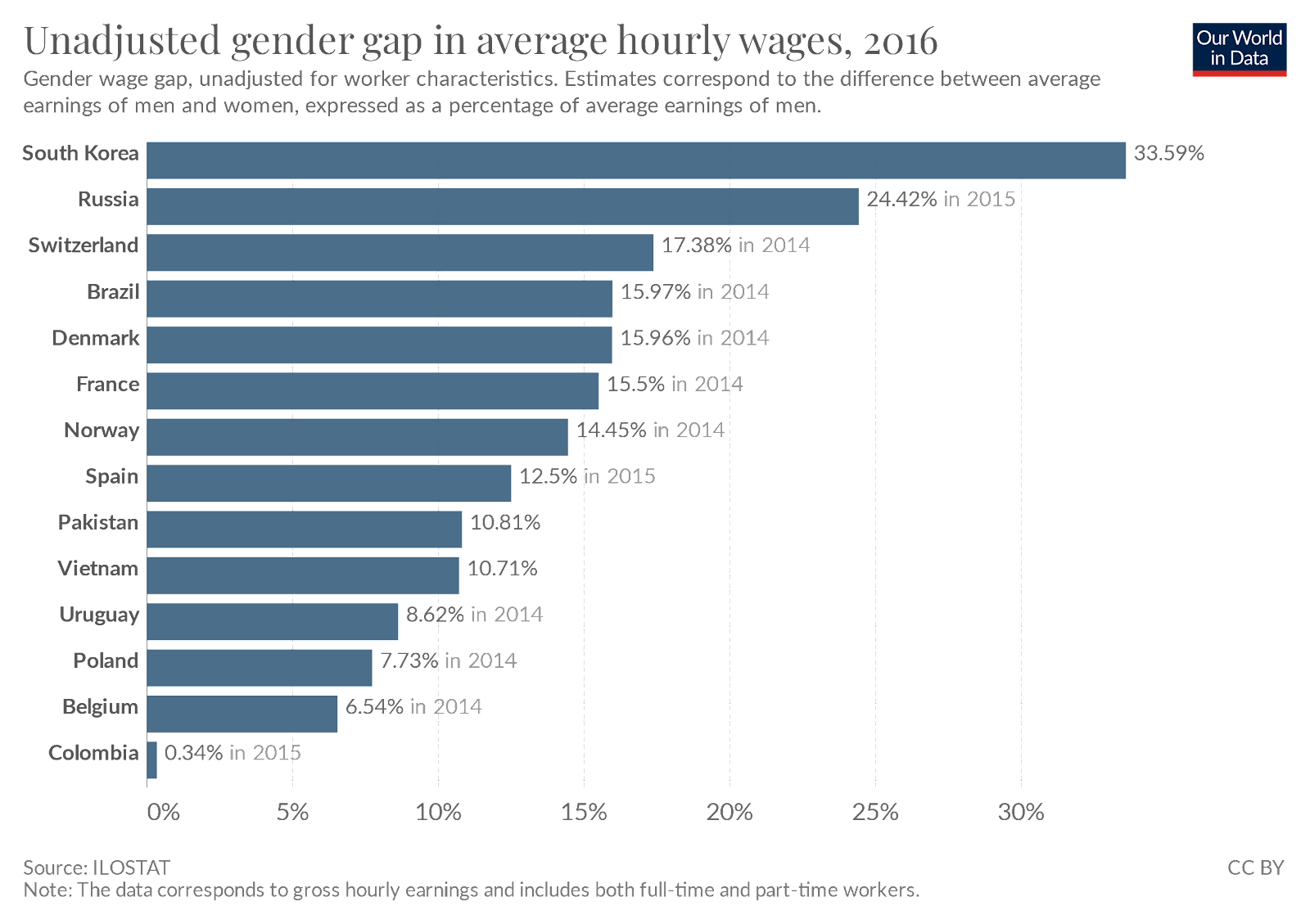 And at the same time, the position of men and women were generally set. The growth of this situation has been obviously seen. According to a survey in America, female’s salary at work is 75% as low as male’s. Coming back to last century, at work, when men were paid 1 dollar, the amount that women received was just 58 cents, in accordance with the law in 1963 (Tran 2012) . And in Vietnam, gender inequality is shown in the difference between two genders in the number of babies. Statistics of Ministry of Planning & Investment in 2010 reported that there were 110.6 new-born boys out of 100 new-born girls which was much higher than in the past.

However, as a matter of fact, gender discrimination has made a big argument in society about whether the equality among genders should be encouraged or not. Regarding to this problem, American people seem to appreciate the position of women, meanwhile, the Chinese tend to think of higher power of men in life (Chang n.d.)

Thus, this paper, with the purpose of reporting the current states of gender inequality, its impacts as well as the solutions to improve this trend, will give readers another look at this controversial problem.

Initially, gender inequality has effects on the scale of population. According to statistics of the General office for population family planning (Nguyen n.d.), because of the discrimination of genders, the number of new-born boys and girls is unequal. To some people, the hope to have a son loses the balance between two genders. Unfortunately, this situation has occurred for such a long time, so the impacts of it in the population are rather huge. As report of Ministry of public health, it is estimated that, despite the attempt to reduce the fluctuation between the birth of boys and girls, in 2020 there will be 4.3 million men more than women. Minister of ministry of public health statement (cited in Phuong 2012), said that if this trend still keeps on going, it will lead to quite a few consequences in security and the order of society before marriage age of children because there will lack brides resulting from out-numbered new-born boys from girls. Now we can see an obvious consequence among the Chinese. According to a Blue Paper on Society released by the China Academy of Social Science, there will run short of brides in ten years because of severe gender imbalance among young people, particularly among under 19-aged people (Tang 2010). 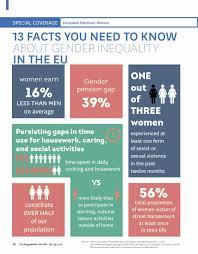 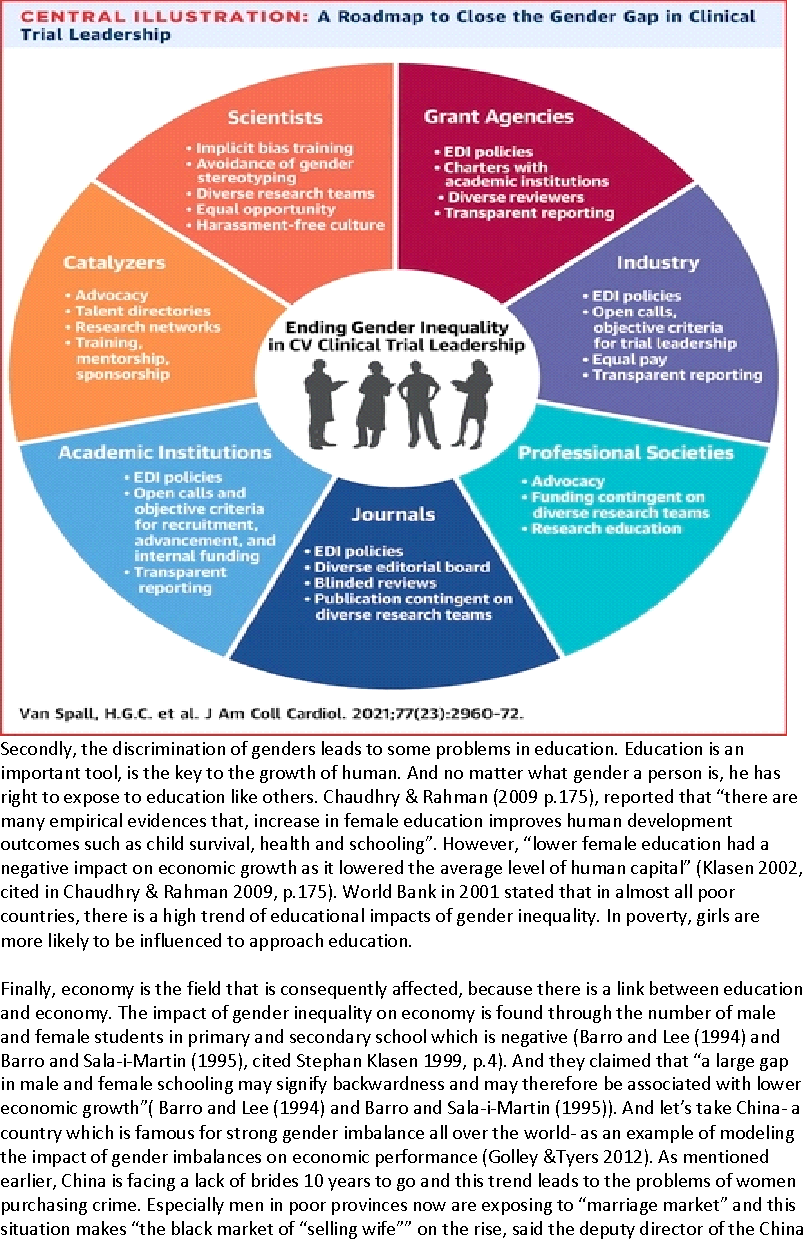 How to solve this problem?

Ninety-three years ago, people in some places in the world first officially celebrated the International women’s day. In ninety three years, there have been a lot of changes made in terms of changing attitudes of people about the inequality of genders. Nowadays we are living in a developed world which is contributed by both men and female so why female have to suffer such that inequality which they don’t deserve to?

Generally speaking, this kind of inequality has existed for a long time and in every area of the world, no matter where it is (Chang n.d.). Now it’s time for the world together make this out-of-date conception fade away. To some extent, the Nobel Committee stated that we cannot reach democracy and peace unless we wouldn’t give equal rights and chances for women have. For the sake of making economic recovery, U.S. Secretary of State Hillary Clinton claimed that promoting women to participate in economy and increasing their productivity is the key to economic growth because it will create an effect on “the competitiveness and growth of our economies.” (cited Sharma & Keefe 2011).

In the relationship between economy and education, people cannot underestimate the importance of education. To flourish the economy system, people have to make an effort on schooling. Regarding to the solutions to this, setting up gender-sensitive schools is a crucial step in making a nice environment for learning and teaching. Helping female feel more confident in studying, improving a gender-sensitive curriculum which reflects national policy on gender equality to instruct is also necessary (Clarke 2005, p.11 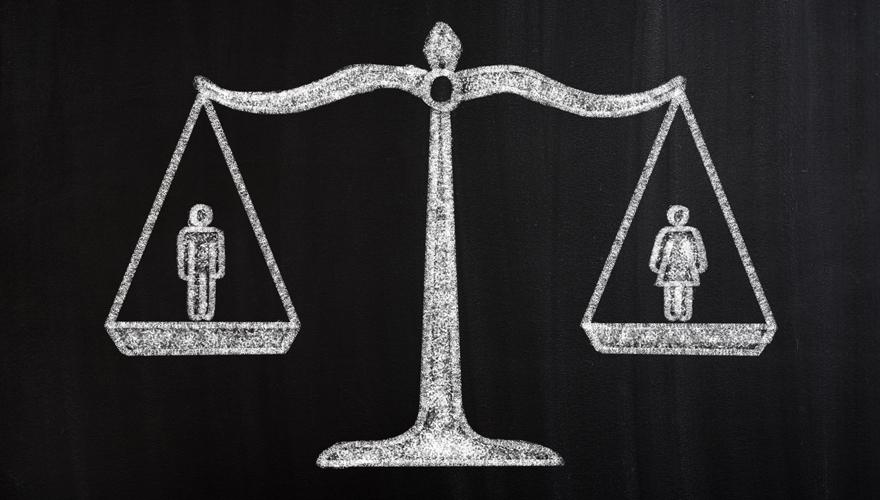 From all the discussing above, gender inequality is obviously an urgent problem in the world. Despite the fact that its volume much decreases, it still exists and makes a lot of people suffer its consequences every day. And there are many reasons leading to gender discrimination which cannot be solved easily. However, with education and progressive thoughts of people, there are also reasons to trust in the future of gender inequality being stopped. Then, hopefully, people can live in fairness no matter what gender they are.